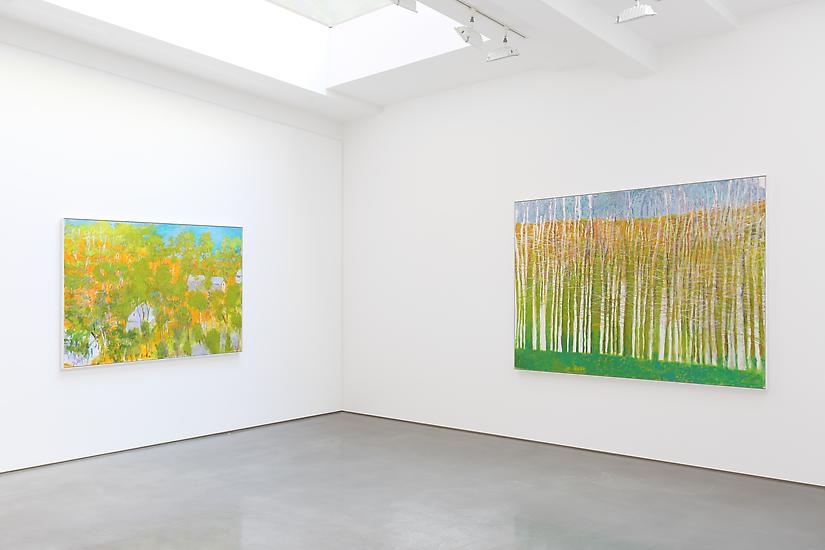 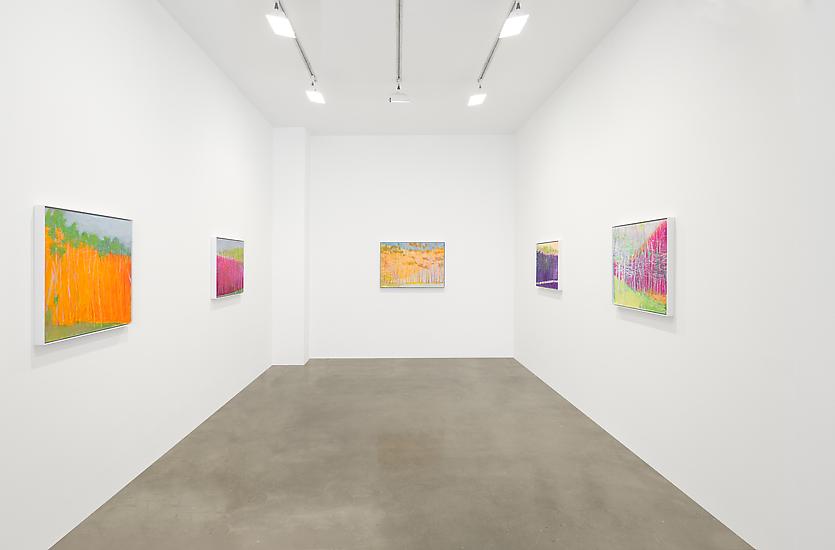 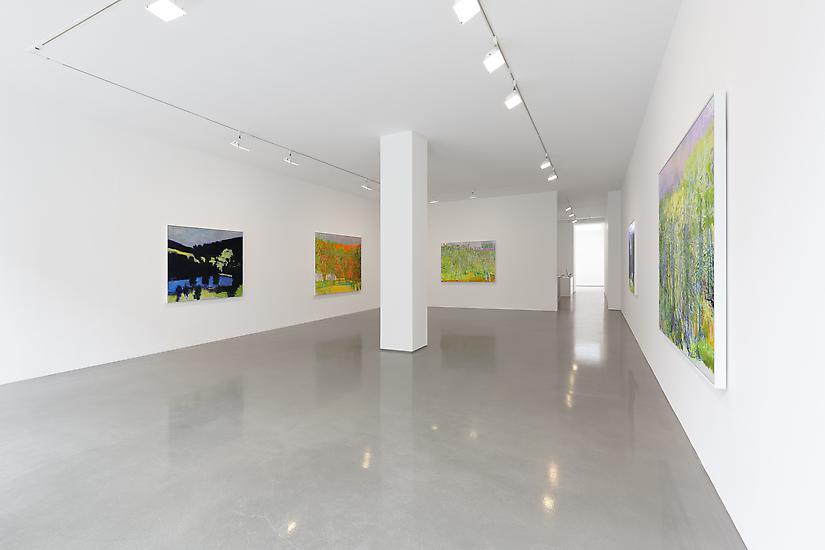 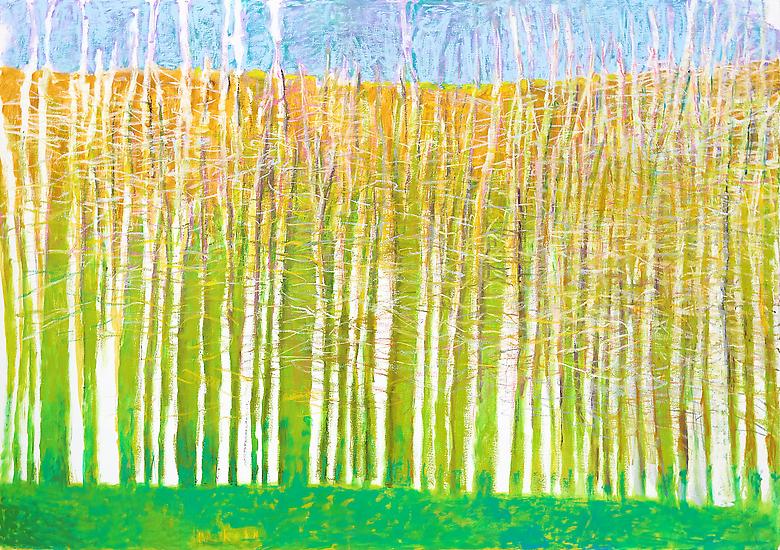 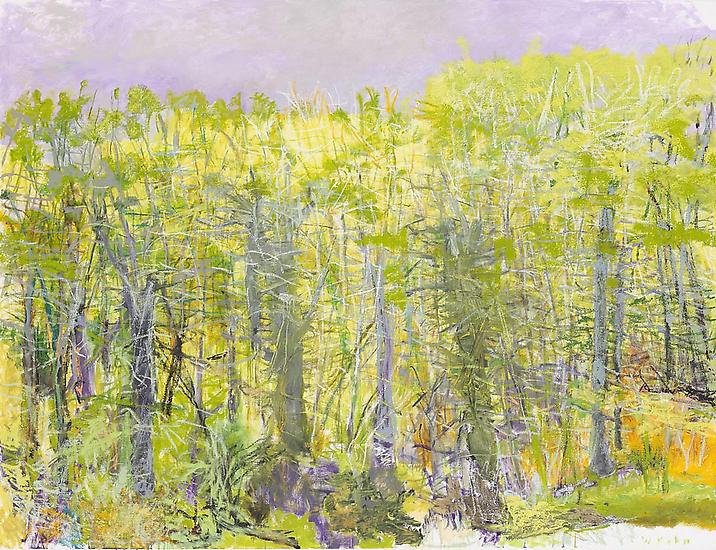 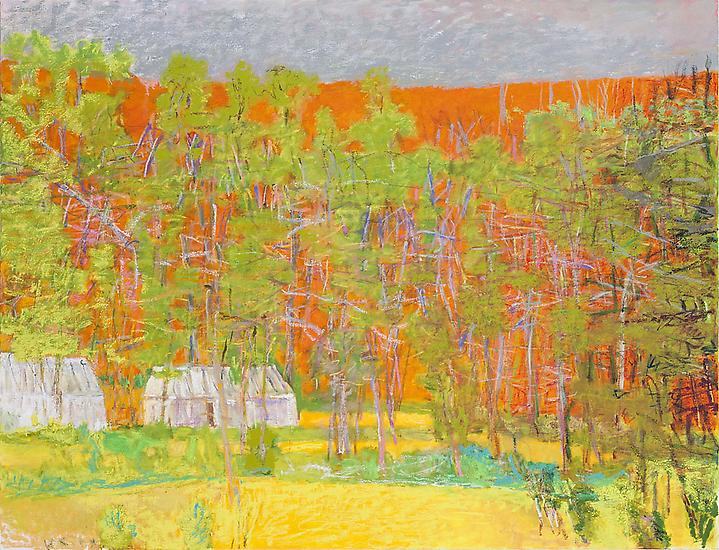 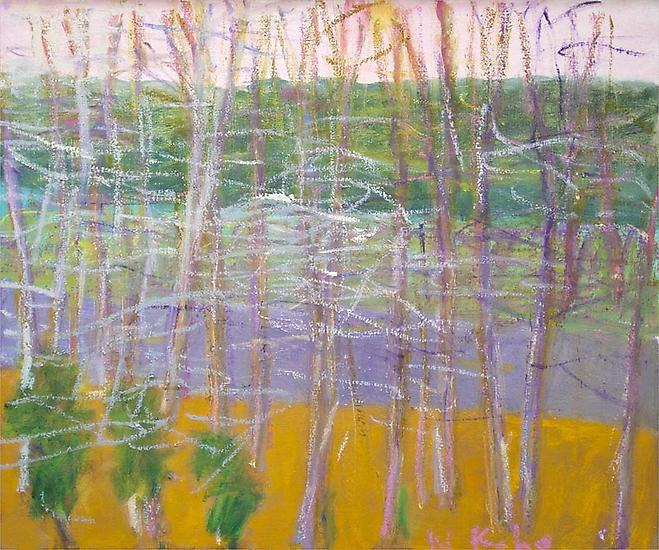 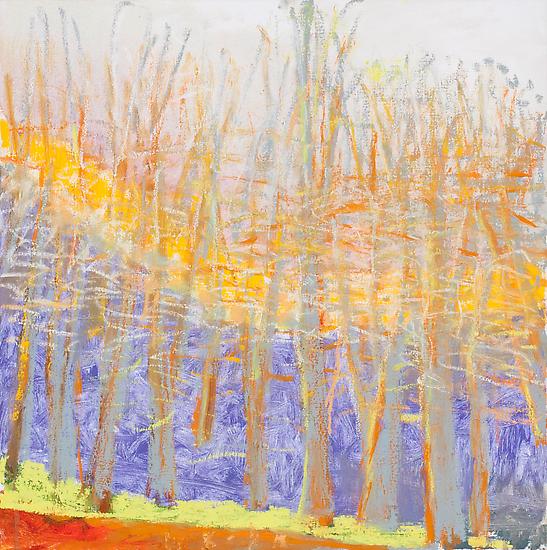 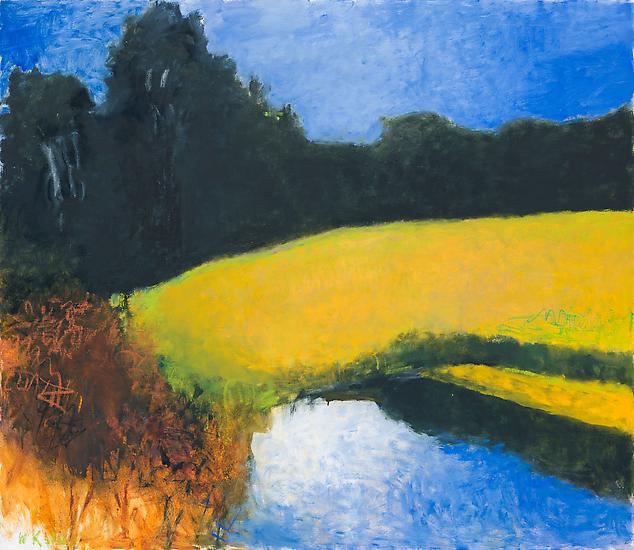 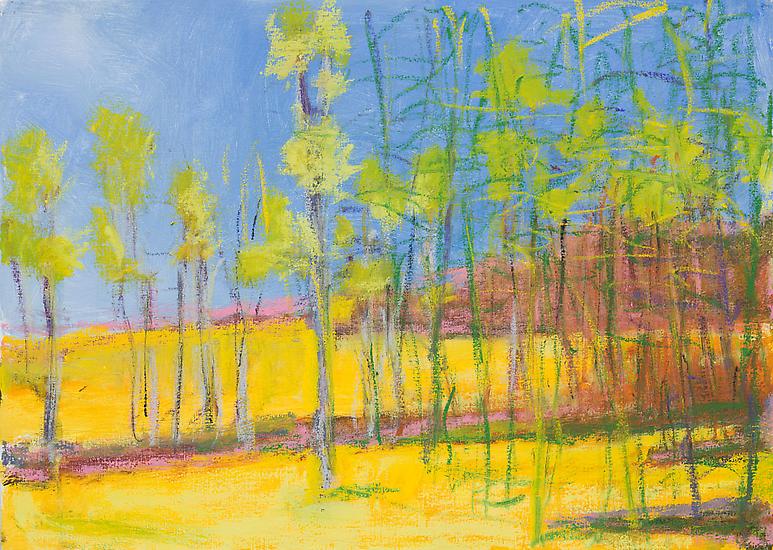 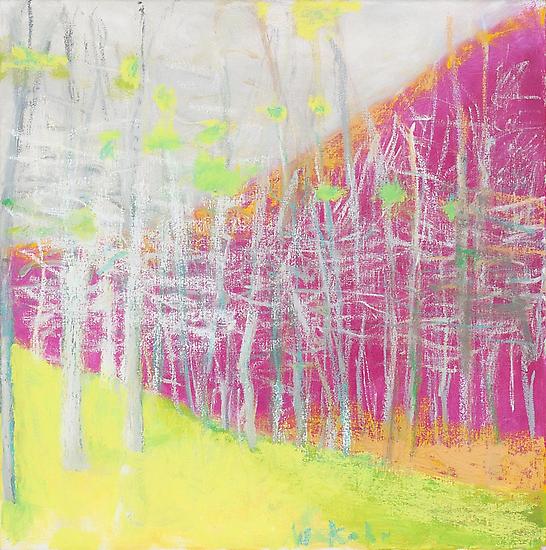 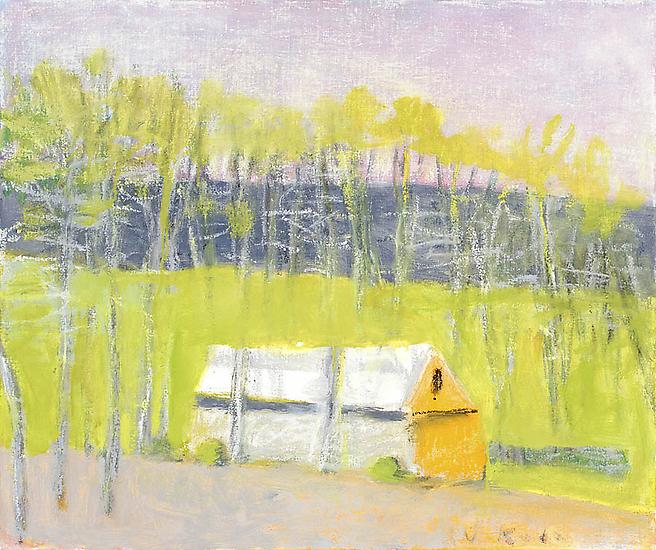 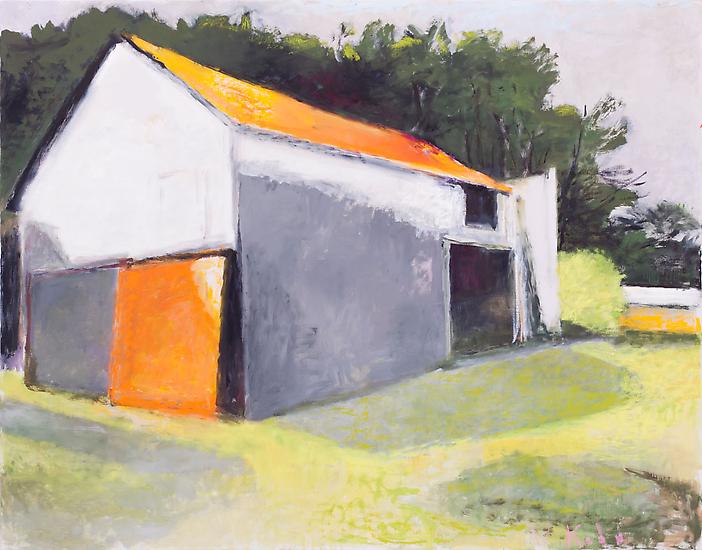 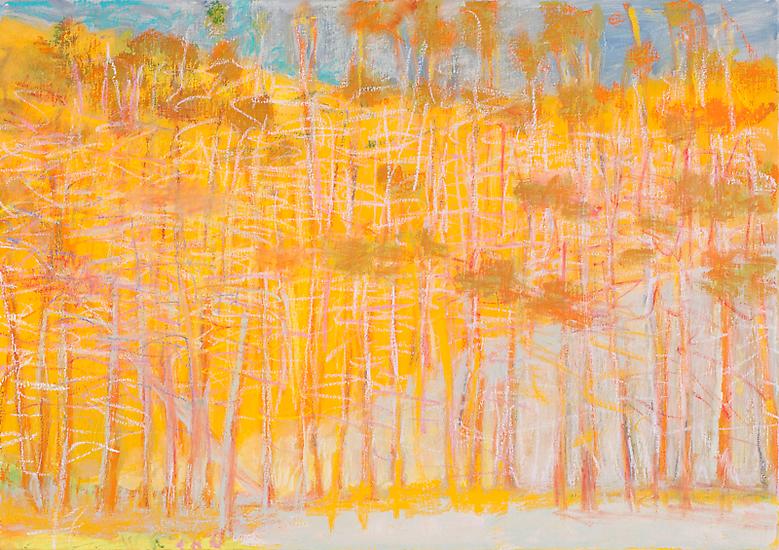 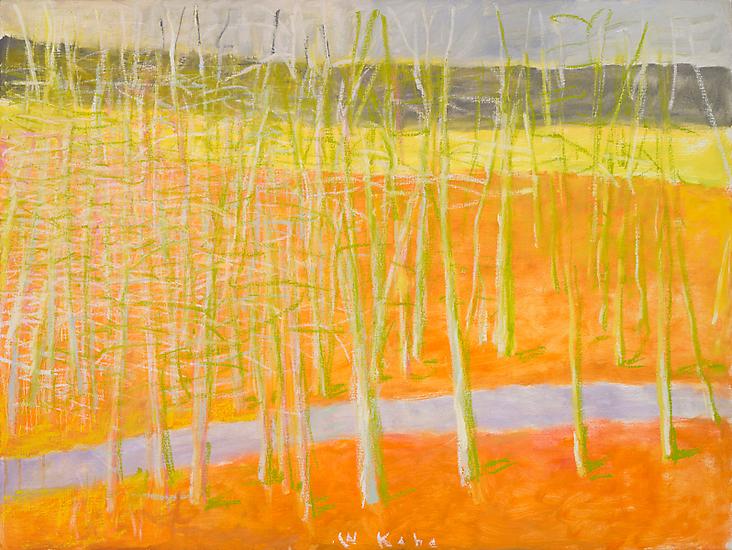 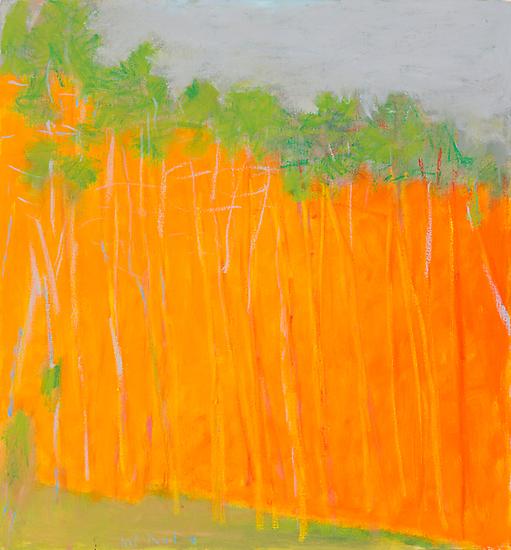 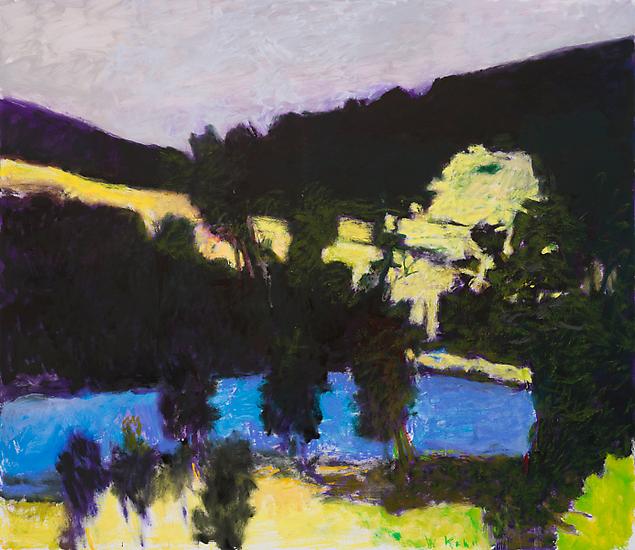 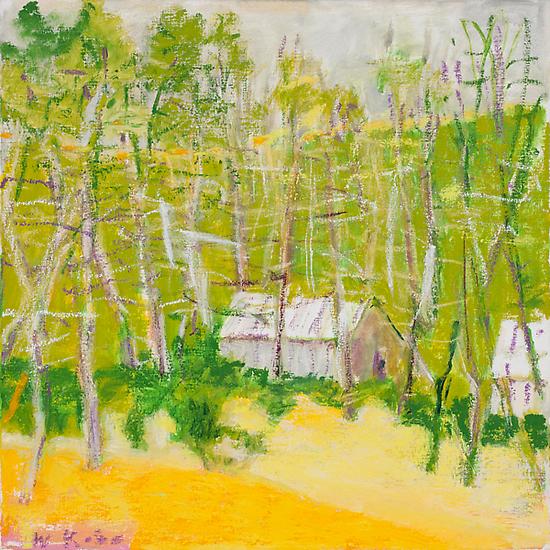 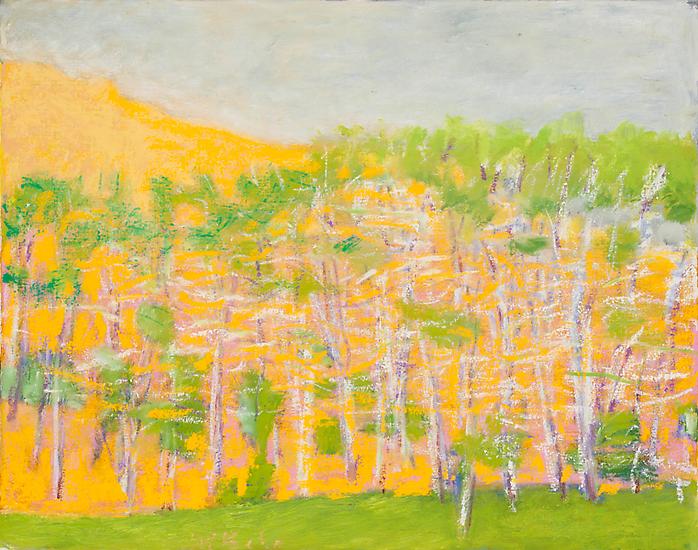 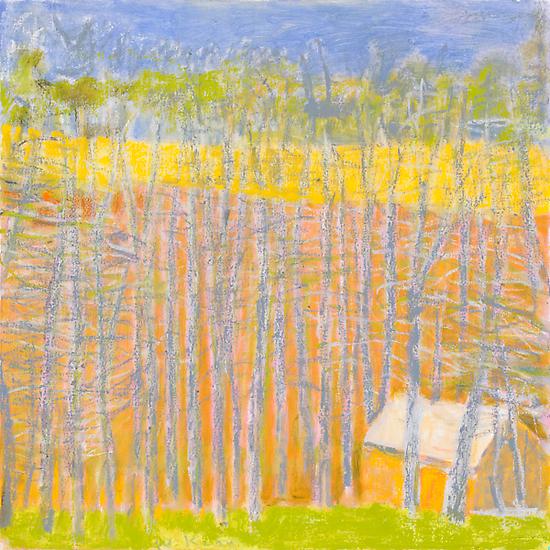 I am always trying to get to a danger point in color, where color either becomes too sweet or it becomes too harsh, it becomes too noisy or too quiet, and at that point I still want the picture to be strong, forceful, and the carrier of everything that a painting has to have: contrast , drama, austerity... Wolf Kahn

NEW YORK, NEW YORK – AMERINGER | McENERY | YOHE is pleased to announce an exhibition of recent paintings by Wolf Kahn. The exhibition will open 6 June and will remain on view through 26 July 2013. A public reception for the artist will be held 6 June from 6:00 to 8:00 PM. A fully illustrated catalogue accompanies this exhibition with a new essay by Nicholas Delbanco.

“This is neither a retrospective gathering nor an act of closure, but part of the accumulating whole...Still, a major selection of oils on canvas by a major artist at the age of eighty-five is an occasion for praise. As are the paintings themselves. Indeed, I think it fair to argue that this late-stage flowering is evidence of further growth, the sort of work that requires a large antecedent career. Let us consider what he is doing and what he has done; this exhibition is important both for what it represents and what it builds upon.” – Nicholas Delbanco

Wolf Kahn is a painter who embodies a synthesis of artistic traits – the modern abstract training of Hans Hofmann, the vivid palette of Matisse, Rothko’s sweeping bands of color, and the atmospheric qualities of American Impressionism. The coalescence of color, spontaneity, and representation has produced a rich and expressive body of work. Eighty-five years old, Kahn has dedicated his life to rendering the American landscape.

However, better understood as a colorist than a landscape painter, nature becomes a vehicle for Kahn’s palette. In the summer in Vermont, he may find a place outside to set up an easel and his pastels, but the oil paintings in this exhibition have been produced in his Manhattan studio.

Kahn’s landscapes are a fusion of memory, imagination, and invention. The land, the sky, and the trees, lakes, hills, and barns in between, are impressions and studies in color rather than the portrayal of any exact scene. Kahn states, “I’m toying with the idea of taking colors that everyone hates, and seeing whether I can give them a respectability, an austerity, and believability, because I love to use these colors.”

The paintings in this years exhibition were painted in 2011, 2012 and several were completed this year. The colors used demonstrate Kahn’s signature palette: purple, alizarin crimson, lemon yellow, thalo green. “What’s on offer in the gallery is a sampling of his recent work, the vivacity of execution remaining as agile as Kahn’s efforts of fourty or fifty years ago.”

Wolf Kahn was born in Stuttgart, Germany in 1927. He immigrated to the United States by way of England in 1940. In 1945, he graduated from the High School of Music & Art in New York, after which he spent time in the Navy. Under the GI Bill, he studied with renowned teacher and Abstract Expressionist painter Hans Hofmann, later becoming Hofmann’s studio assistant. In 1950, he enrolled in the University of Chicago. He graduated in 1951 with a Bachelor of Arts degree.

Having completed his degree in only one year, Kahn was determined to become a professional artist. He and other Hofmann students established the Hansa Gallery, a cooperative gallery where Kahn had his first solo exhibition. In 1956, he joined the Grace Borgenicht Gallery, where he exhibited regularly until 1995. Kahn has received a Fulbright Scholarship, a John Simon Guggenheim Fellowship, and an Award in Art from the Academy of Arts and Letters.

Traveling extensively, he has painted landscapes in Egypt, Greece, Hawaii, Italy, Kenya, Maine, Mexico, and New Mexico. He spends his summers and autumns in Vermont on a hillside farm, which he and his wife, the painter Emily Mason, have owned since 1968.